Sphere (centered at origin) is often represented in implicit form:

Very easy to compute, that is why most ray tracing images have spheres.

Finding intersection between a ray and a general polygon is difficult.

Much easier to find ray-triangle intersection

We can rewrite it as:

To find ray-triangle intersection, we let:

we have 3 equations and 3 unknowns here.

Regroup and write in matrix form

For example, the interpolated normal at $P$ is:

and all vector should do a normalization.

Should not accept intersection for very small positive $t$ 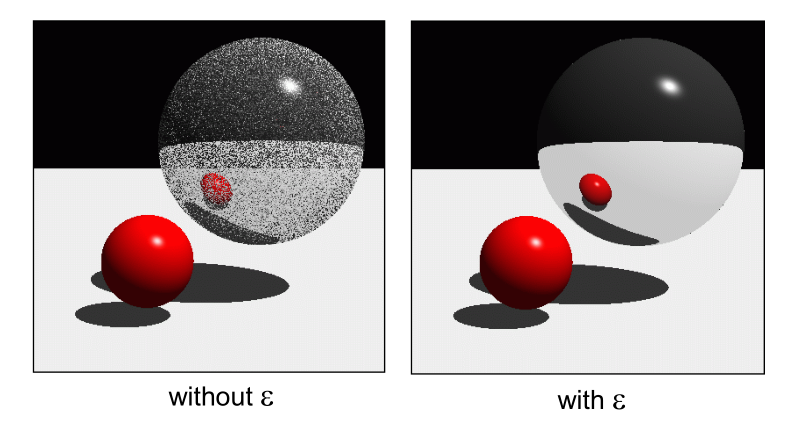